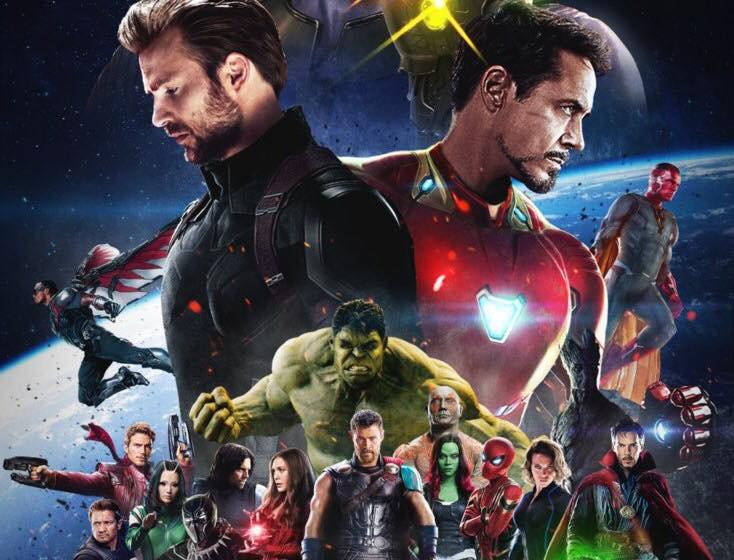 After much anticipation and spoiler avoidance, I saw Avengers: Infinity War, and I have feelings!

Non-spoiler HOT TAKE: it’s NOT the ten-year-in-the-making conclusion it was billed to be. It is Marvel-funny at times. If you have kids, use caution, it’s dark.

Billed as the big culmination of 10 years of literal and figurative investment in the infinity stone plot thread, Infinity War marks the first time in the MCU there’s been a complete “to be continued” ending to a movie. Yeah there have been teasers, minor dangling threads, or easter eggs, but never just “stay tuned for more…” which is for all intents and purposes what happened. [Rising bile.]

Dang am I disappointed at the complete lack of an ending. I think what I’m most mad about is that the ending presented took me out of the movie.

As people are perishing in the “snapture” my brain detached from any investment in the plot thinking, there’s no way they’re going to kill off ALL of the “new guard,” what the fuck is going on here!?

Spider-Man, Doctor Strange, and Black Panther just made like a bazillion dollars each on their first solo films and there’s NO WAY they won’t make more. The realization then hit me, good lord, this is a full-tilt, gal-dang “to be continued!” Not even close to a plausible permanent conclusion. Emotional investment and well crafted dramatic tension *poof* gone: Like Keyser frickin Soze. Avengers 4 (2019) seems like it’ll now be culmination this film was incorrectly billed to be. *sigh*

False framing in marketing (and from actor interviews) which lead to incorrect expectations is maybe my biggest pet peeve in the world of movies. (I’m still scarred from Summersby and The Family Stone.)

There’s plenty of excuses for this lazy ending:

“But there are so many characters, how would you expect them to get all resolutions in 2.5 hours?” That’s on the writers. Complete the story at hand (perhaps cut some fat from the middle), or Breaking Dawn this bish and call it “Avengers: Infinity War Part 1.” (Yeah, that’s a Twilight reference. You can use Deathly Hallows if you wanna be respectable about it, ya judgmental snob.) “Part 1” naming would allow us to expect that there’s gonna be a year-long gap between what we’re seeing tonight and how it’s gonna end. You turds.

Or “it WAS a conclusion, you’re just sore cause it wasn’t a happy ending, ya snowflake!” To which I refer you to the third paragraph of this rant in which I explain how there is NO WAY they’re killing off all the characters that seemingly disintegrated. So no, that’s not actually an ending.

All this said I will now wait another year and spend another 15 bucks to see how this ONE PLOT in a broader, beloved cinematic universe ends. But tonight, I’m not happy about it.